Charles Fey invented the slot machine in the 1890’s. He probably never envisioned that his creation called the “Liberty Bell” would evolve into the most popular form of casino gambling today.

The slot evolution however had a lot of growing pains as many in the United States viewed gambling as a social ill. By 1910 all legal gambling activity was shut down,which left horse racing as the only legal entity in America.

During the 1920’s prohibition era, the public’s thirst for gambling matched that of booze. Slot machines along with alcohol were found in “Speak Easy’s” throughout America, many of them controlled by Organized Crime. After prohibition ended underground casinos remained active.

States began to crack down on illegal casinos and began to seize and destroy gambling equipment, including slot machines. Mayor LaGuardia of New York City called them “mechanical pick pockets”, destroyed them with a sledge hammer, and dumped them into Long Island Sound. (You can watch the action on YouTube.)

In 1931 Nevada legalized gambling. Slot machines populated the floor in the states’ casinos but were there only to amuse the wives and mistresses playing their pennies and nickles while the men did all the heavy gambling at the tables. (A portrayal of this is depicted in the 1952 movie, “The Las Vegas Story” with Vincent Price, Victor Mature, and Jane Russel.) Slots remained a “ladies” game until Atlantic City legalized gambling in 1978.

Bally Manufacturing invented a unit powered by electricity and slots began to “light up” and produce various sound effects. When multi-coin acceptors were introduced, new dollar machines meant larger jackpots for customers. When the Random Number Generator was invented top prize amounts could be increased on four and five reel versions. A spin button became an alternative to the handle.

The Indian Gaming Act was approved in the 1980’s which allowed casinos on reservation land and newly legislated dockside riverboat gambling attracted new slot players while racetracks added the one arm bandits..

IGT launched Megabucks in 1986 and slots were now linked across Nevada by phone lines offering a giant lottery size jackpot that grew with each coin wagered. The Progressive Jackpot was born and players could now become millionaires. Players began abandoning the table games, flocked to the machines and casinos took notice.

The proliferation of slots paved the way for new inventions. A video slot with 25 lines, up to a bet of 10 credits per line allowed for a ticket in, ticket out, (TITO) system. The coins and the handles followed the dinosaurs.. Operators could now lower the denominations to as little as a penny and still turn a profit.

In the new century slot makers were quick to promote the themed slot, units based on popular movies, TV shows and entertainers. Players could now spin the Wheel of Fortune, giggle at Curley, Larry, and Moe, take a ride with Captain Kirk, or croon over Ol’ Blue eyes. All the games have video clips from favorite shows.

The themed slots have evolved to 5 video reels with up to 40 lines. Chairs have comfortable high backs, and some even vibrate when certain bonus features are hit. Touch screens have the latest LCD technology, 3D graphics and Bose sound systems as they continue to evolve. Depending on the game theme, players can wager as little as one penny(credit) per line up to $2, $3, and $4 maximums. Bonus features offer generous payouts while progressive jackpots climb to six and seven figures.

Newer games saw the introduction of CSI, Sex and the City, Iron man, Michael Jackson, David Copperfield, The Walking Dead, Back to the Future, Jurassic Park, Wonder Woman, Ellen, Let’s Make a Deal, the Godfather, Monopoly, and The list goes on and on.

The themed slot will no doubt continue to grow. However there’s a huge segment of casino patrons looking for something different. They are the Millennials.Born in the early 1980’s to the late 1990’s who grew up playing video games. Casinos took notice that this generation didn’t care to sit in front of a machine that did all the work for them in order to win. They want to be involved to make it happen. This led to the introduction of Games of Skill at the 2016 Global Gaming Expo in Las Vegas.

Two companies, GameCo and Gamblit Gaming introduced their wares at the expo and by all accounts, things look very promising. Other companies, Konami and Scientific Games are creating their own versions to attract the Gen Y’s. Other companies will soon follow.

Some of the games are based on poker where a limited number of players use their skill to grab the cards they need. In another game players have to collect rare treasures in Pharaoh’s Secret Temple before time is up. 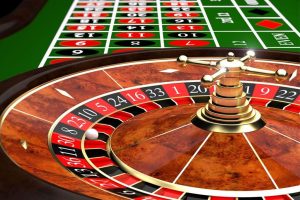 Previous post What You Should Know About Online Slot Roulette 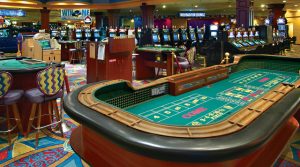 Next post Do You Think You Can Beat The Casino?